Trump will win — and that is just the beginning

Donald Trump tells the truth — according to some 100 Million Americans. 100 Million is enough to have a HUGE STRONG CORE of DEDICATED supporters.

100 Million supporters who believe in 3-word, smart-sounding sentences. Or less.

He talks, acts the way 100 Million Americans do (or did if they were THAT rich). 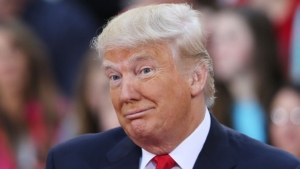 It will get worse

Once Trump is in power — he will prove he is right. So 100 Million Americans can REALLY:

For the talented, intellectual reader

I tell you all these based on experience. All narcisstic, populist leaders have one way only: deeper and deeper down. They have to make their promises come true. And they do. In the end it leads to real blood and war.

We are facing a very dark future.